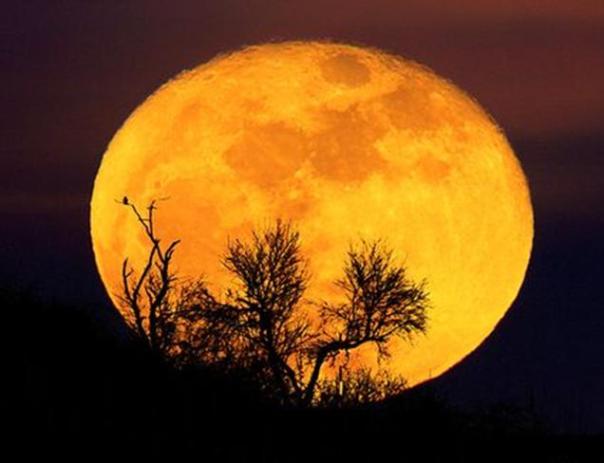 Saturday night’s full moon will loom especially large, thanks to a phenomenon that happens about once a year.

Known technically as a perigee moon, the “super moon” will appear about 14% larger and 30% brighter than the other full moons of 2012.

Because the moon follows an elliptical orbit around the Earth, its distance from Earth varies. Full moons that occur when the moon is the closest, on the perigee side of its orbit, are particularly big and bright.

NASA scientists say the moon will reach that point at 8:34 p.m. PDT. In a case of near-perfect timing, one minute later the moon will line up with the Earth and sun, making for a brilliant display.

Since low-hanging moons look particularly large (for reasons scientists can’t really explain), the super moon will be at its most impressive as it rises. For more on the super moon, including an explanatory video, go to NASA’s science news site.