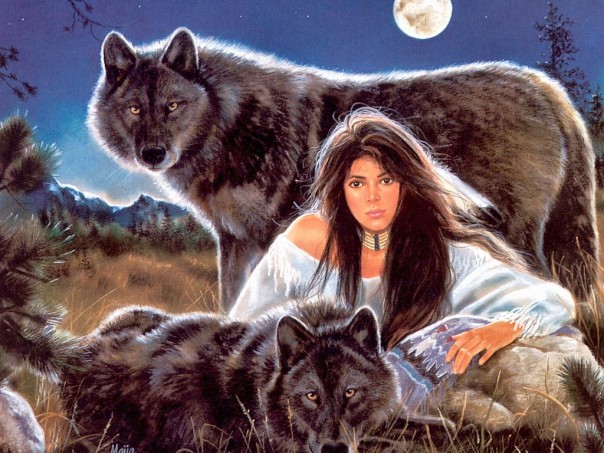 Did you know that the wolf has a soul mate until death do they part?

The Wolf is one of the oldest and most feared predator of the world. No civilization of any rule has challenged him.  However, even now, after so many centuries, the wolf keeps the mystery, showing researchers that they are not even close to knowing everything about this fascinating animal.  So, here are some interesting facts about him and his history:

Wolves have about 200 million sensory cells.  Man has only around 5 million.

Basically, they can smell an animal at a distance of 1 mile and can hear up to 7 miles away!

The male and female remain together for life. They are dedicated parents and behave like a real family.

Power is concentrated in the jaws of a wolf:  They can produce a bite pressure of 800 pounds.  An average dog can apply pressure of only 300 pounds. Furthermore, wolf teeth, 42 in number, are sharp and perfect to pierce, to tear and break a bone.

Although most females in a pack can reproduce, only the Alpha Female bring pups into the world. This system is designed to reduce the number of pups in the pack, and existing ones to be very strong.  Female role is to help the Alpha Female to raise the pups, serving as a nanny.  And here’s the shocking part:   she-wolves fear so strongly the  alpha female that they stay out of the heat!

The Wolf is one of the few animals that have, and can use, different facial expressions, thus communicating with other wolves.