THEY ARE LOSING THEIR HOME

THE AMAZON CANNOT BE RECOVERED ONCE IT IS GONE

As the Guarani people of Matto Grosso do Sul, in Brazil, said recently:

“If indigenous peoples become extinct and dead, the lives of all are threatened, for we are the GUARDIANS of NATURE.

We resisted 518 years ago, we fight in victory and defeat, our land is our mother.

THE AMAZON CANNOT BE RECOVERED ONCE IT’S GONE

HOW THE AMAZON’S FIRES WILL AFFECT THE UNITED STATES

THE AMAZON FOREST FIRES ARE A FORM OF GENOCIDE

You can’t wake a person who is pretending to be asleep. – Navajo

You can’t wake a person who is pretending to be asleep. – Navajo 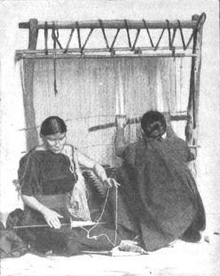 The Navajo are speakers of a Na-Dené Southern Athabaskan language they call Diné bizaad (lit. ‘People’s language’). The language comprises two geographic, mutually intelligible dialects. The Apache language is closely related to the Navajo language; the Navajo and Apache are believed to have migrated from northwestern Canada and eastern Alaska, where the majority of Athabaskan speakers reside.[4] Speakers of various other Athabaskan languages located in Canada may still comprehend the Navajo language despite the geographic and linguistic deviation of the languages.[5] Additionally, some Navajo speak Navajo Sign Language, which is either a dialect or daughter of Plains Sign Talk. Some also speak Plains Sign Talk itself.[6]

Archaeological and historical evidence suggests the Athabaskan ancestors of the Navajo and Apache entered the Southwest around 1400 CE.[7][8] The Navajo oral tradition is said[by whom?] to retain references to this migration.[citation needed]

Until contact with the Pueblo and the Spanish peoples, the Navajo were largely hunters and gatherers. The tribe adopted crop-farming techniques from the Pueblo peoples, growing mainly the traditional “Three Sisters” of corn, beans, and squash. After the Spanish colonists influenced the people, the Navajo began keeping and herding livestock—sheep and goats—as a main source of trade and food. Meat became an essential component of the Navajo diet. Sheep also became a form of currency and status symbols among the Navajo based on the overall quantity of herds a family maintained.[9][10] In addition, women began to spin and weave wool into blankets and clothing; they created items of highly valued artistic expression, which were also traded and sold.

Oral history indicates a long relationship with Pueblo people[11] and a willingness to incorporate Puebloan ideas and linguistic variance into their culture. There were long-established trading practices between the groups. Spanish records from the mid-16th century recount the Pueblo exchanging maize and woven cotton goods for bison meat, hides, and stone from Athabaskans traveling to the pueblos or living in their vicinity. In the 18th century, the Spanish reported the Navajo maintaining large herds of livestock and cultivating large crop areas.[citation needed]

Western historians believe that the Spanish before 1600 referred to the Navajo as Apaches (from the Zuni word for “enemy”) or Quechos.[12]:2–4 Fray Geronimo de Zarate-Salmeron, who was in Jemez in 1622, used Apachu de Nabajo in the 1620s to refer to the people in the Chama Valley region, east of the San Juan River and northwest of present-day Santa Fe, New Mexico. Navahu comes from the Tewa language, meaning a large area of cultivated lands.[12]:7–8 By the 1640s, the Spanish began using the term Navajo to refer to the Diné.

During the 1670s, the Spanish wrote that the Diné lived in a region known as Dinétah, about sixty miles (100 km) west of the Rio Chama valley region. In the 1770s, the Spanish sent military expeditions against the Navajo in the Mount Taylor and Chuska Mountain regions of New Mexico.[12]:43–50 The Spanish, Navajo and Hopi continued to trade with each other and formed a loose alliance to fight Apache and Commanche bands for the next twenty years. During this time there were relatively minor raids by Navajo bands and Spanish citizens against each other.

In 1800 Governor Chacon led 500 men in an expedition to the Tunicha Mountains against the Navajo. Twenty Navajo chiefs asked for peace. In 1804 and 1805 the Navajo and Spanish mounted major expeditions against each other’s settlements. In May 1805 another peace was established. Similar patterns of peace-making, raiding, and trading among the Navajo, Spanish, Apache, Comanche, and Hopi continued until the arrival of Americans in 1846.[12]

Life is not separate from death. It only looks that way. – Blackfoot

The Blackfoot, who are also called Blackfeet, Indians were originally a nomadic American Indian tribe that migrated from the Great Lakes region to the Northwestern United States. They lived in the Northern Great Plains, specifically in Montana and Idaho as well as Alberta Canada. What started out as one nation, evolved over time into four distinct and independent tribes, each with their own government. Because of similar geographic regions how they live, including clothing style, weapons, and food is very similar. Currently, there is one Blackfoot reservation with a population of about 10,000 Indians in the U.S. and another 15,000 live in Canada. Below we have listed interesting facts and information about these Great Plains Indians.

History of the Duwamish Tribe

The region now known as Seattle has been inhabited since the end of the last glacial period (c. 8,000 BCE.: 10,000 years ago). Archaeological excavations at West Point in Discovery Park, Magnolia confirm that the Seattle area has been inhabited by humans for at least 4,000 years and probably much longer.[1] West Point was called Oka-dz-elt-cu, Per-co-dus-chule, or Pka-dzEltcu. The village of tohl-AHL-too (“herring house”) had been inhabited at least since the 6th century CE, as had hah-AH-poos—”where there are horse clams“—at the then-mouth of the Duwamish River in what is now the Industrial District.[2] The Lushootseed (Skagit-Nisqually)-speaking Salish Dkhw‘Duw’Absh (“People of the Inside”) and Xacuabš (“People of the Large Lake”)—ancestors of today’s Duwamish Tribe—occupied at least 17 villages in the mid-1850s and lived in some 93 permanent longhouses (khwaac’ál’al) along the lower Duwamish River, Elliott Bay, Salmon Bay, Portage Bay, Lake Washington, Lake Sammamish, and the Duwamish River tributaries, the Black and Cedar Rivers.[3]

Tens of people lived in each longhouse; forerunners of cohousing, they were cooperatives of extended families that were quite unlike the single or single family cabins of White American settlements.[4] The villages were traditionally larger than they might have first appeared to White settlers, since Coast Salish people had, in recent decades before extensive White settlement (c. 1774–1864), experienced some 62% losses due to introduced diseases. For comparison, the catastrophic Spanish flu Pandemic of 1918–19 took an estimated 2.5%–5% mortality worldwide; about 28% of the U.S. population contracted the Spanish flu.[5]

Like many Northwest Coast natives, the Dkhw‘Duw’Absh and Xacuabš relied heavily on fishing for their well-being and their livelihood: the Pacific Northwest fisheries were once one of the richest in the world, second only to the Grand Banks. Remnants of Dkhw‘Duw’Absh fishing gear were found near the abundant tide pools of sbuh-KWAH-buks (“shaped like a bear’s head”, the West Seattle peninsula). The site is in what is now called Me-Kwa-Mooks Park, where dense trees provide habitat for many birds including screech owls.[citation needed][6] Me-Kwa-Mooks Park is about 1 mi. (1.6 km) west of Camp Long in the south of the Alki neighborhood of West Seattle, (map [1]).[7] Up the hill, a 50-acre (20 hectare) stand of massive, old-growth Douglas fir and western red cedar—many towering more than 200 feet (61 m), their roots carpeted by sword ferns and salal—survived the clear cutting of Seattle. The fragment of forest in Schmitz Park (1908–1912) is a living reminder of what much of Seattle looked like before the City of Seattle.[8]

From the 1800s the Maritime Fur Trade opened access to European goods for rival northern tribes from Vancouver Island and the Georgia Strait). Having guns prompted their more effective raiding south, deep into recently named Puget Sound, in turn prompting social and organizational change. The Hudson’s Bay Company (HBC) established Fort Langley (1827), then Fort Nisqually (1833) near present-day Dupont, within easy range and prompting keen interest in trade. As a young man, Si’ahl (later called Chief Seattle) made himself both well-known and notorious around Fort Nisqually. Catholic missionaries began arriving in 1839, settlers in earnest from 1845. In 19th century maneuvering with European Great Powers, the United States assumed regional sovereignty in 1846.[9] White settlements at sbuh-KWAH-buks (Alki) and what is now Pioneer Square in Downtown Seattle were established in 1851 and 1852. The latter settlement was right upon and between prominent villages on Elliott Bay and villages on the Duwamish River estuary.[10]

How Smooth Must Be The Language Of The Whites – Black Hawk, Sauk Leader

How smooth must be the language of the whites, when they can make right look like wrong, and wrong like right. – Black Hawk, Sauk

Black Hawk, born Ma-ka-tai-me-she-kia-kiak, (1767 – October 3, 1838) was a band leader and warrior of the Sauk American Indian tribe in what is now the Midwest of the United States. Although he had inherited an important historic sacred bundle from his father, he was not a hereditary civil chief. Black Hawk earned his status as a war chief or captain by his actions: leading raiding and war parties as a young man, and a band of Sauk warriors during the Black Hawk War of 1832.

During the War of 1812, Black Hawk had fought on the side of the British against the U.S., hoping to push white American settlers away from Sauk territory. Later he led a band of Sauk and Fox warriors, known as the British Band, against European-American settlers in Illinois and present-day Wisconsin in the 1832 Black Hawk War. After the war, he was captured by U.S. forces and taken to the eastern U.S. He and other war leaders were taken on a tour of several cities.

Shortly before being released from custody, Black Hawk told his story to an interpreter; aided also by a newspaper reporter, he published Autobiography of Ma-Ka-Tai-Me-She-Kia-Kiak, or Black Hawk, Embracing the Traditions of his Nation… in 1833 in Cincinnati, Ohio. The first Native American autobiography to be published in the U.S., his book became an immediate bestseller and has gone through several editions. Black Hawk died in 1838 (at age 70 or 71) in what is now southeastern Iowa. He has been honored by an enduring legacy: his book, many eponyms, and other tributes.

The ground on which we stand is sacred ground. Chief Plenty Coups, Crow

The ground on which we stand is sacred ground. It is the blood of our ancestors. – Chief Plenty Coups, Crow

Plenty Coups (Crow: Alaxchíia Ahú,[1] “many achievements”; 1848 – 1932) was the principal chief of the Mountain Crows (the Apsáalooke) of the Crow Nation and a visionary leader.

He allied the Crow with the whites when the war for the West was being fought, because the Sioux and Cheyenne (who opposed white settlement of the area) were the traditional enemies of the Crow. Plenty Coups had also experienced a vision when he was very young that non-Native American people would ultimately take control of his homeland (Montana), so he always felt that cooperation would benefit his people much more than opposition. He very much wanted the Crow to survive as a people and their customs and spiritual beliefs to carry on. His efforts on their behalf ensured that this happened, and he led his people peacefully into the 20th century.[2]

One of his famous quotes is: “Education is your greatest weapon. With education you are the white man’s equal, without education you are his victim and so shall remain all of your lives. Study, learn, help one another always. Remember there is only poverty and misery in idleness and dreams – but in work there is self respect and independence.” Chief Plenty Coups became a chief at the age of twenty-nine; he is the last chief who was elected a chief by other chiefs.