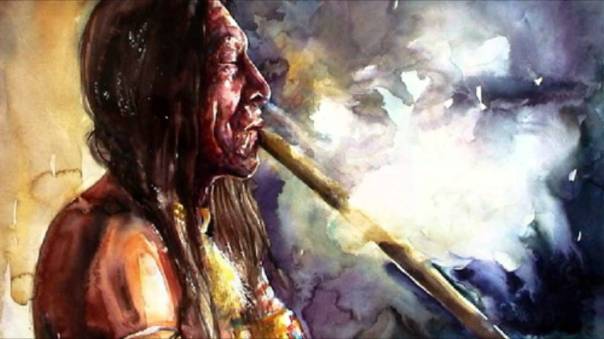 While there is well-documented evidence of cultures using psychoactive plants for spiritual and medicinal use throughout human history, pinpointing the exact origin of ritualistic psychotropic plant use is tricky.

But recent excavations of a human burial site in the dry Sora River valley in southwestern Bolivia have unearthed a ritual bundle of psychotropic plants providing clear evidence that Native Americans in the area used multiple plants, perhaps in different combinations, to induce hallucinations as early as 1,000 years ago.

Researchers from Penn State discovered the human burial site and ritual bundle while looking for evidence of ancient occupation of the region.

“We already knew that psychotropics were important in the spiritual and religious activities of the societies of the south-central Andes, but we did not know that these people were using so many different compounds and possibly combining them together,” said Jose Capriles, an assistant professor of anthropology at Penn State. “This is the largest number of psychoactive substances ever found in a single archaeological assemblage from South America.”

Radiocarbon dating revealed that the bundle is around 1,000 years old. 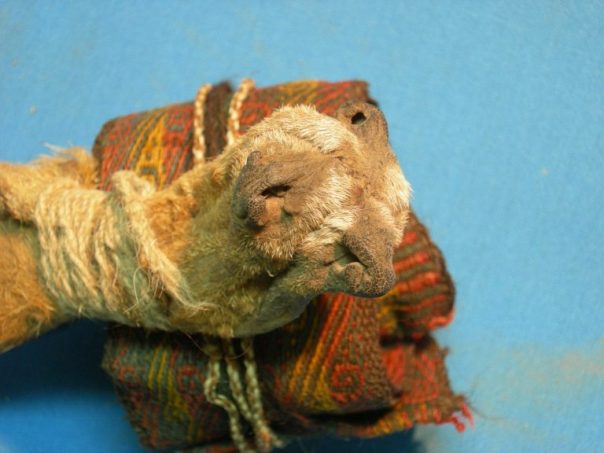 The researchers carefully collected tiny scrapings from the fox-skin pouch and used liquid chromatography with tandem mass spectrometry to analyze its contents.

“This method is highly sensitive and very effective for detecting the presence of minute amounts of specific compounds from very small samples,” said Melanie Miller, the researcher responsible for analyzed the samples.

The pouch once contained multiple psychoactive plants as the analysis identified many different psychoactive compounds including cocaine, harmine, dimethyltryptamine (DMT) and possibly psilocin (the main hallucinogenic compound in magic mushrooms).

The presence of both DMT and harmine suggests that the owner of the pouch used the ingredients to make ayahuasca.

“Some scholars believe that ayahuasca has relatively recent origins, while others argue that it may have been used for centuries, or even millennia,” said Capriles. “Given the presence of harmine and DMT together in the pouch we found, it is likely that this shaman ingested these simultaneously to achieve a hallucinogenic state. This finding suggests that ayahuasca may have been used up to 1,000 years ago.”

It is possible that the pouch and burial site where it was found belonged to a shaman, but the discovery only produces more questions than answers as many of the plant compounds discovered in the pouch were not native to the nearby region.

“The presence of these compounds indicates the owner of this kit had access to at least three plants with psychoactive compounds, but potentially even four or five,” said Miller. “None of the psychoactive compounds we found come from plants that grow in this area of the Andes, indicating either the presence of elaborate exchange networks or the movement of this individual across diverse environments to procure these special plants.”

The recent findings were published in the journal Proceedings of the National Academy of Sciences.